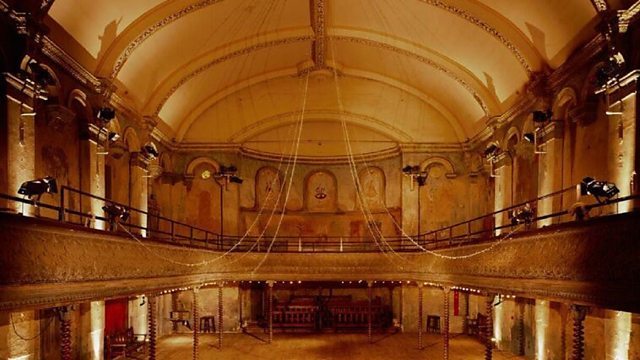 Some fans of the BBC’s proms were befuddled last year, when David Pickard, the festival’s new director, exploded out of the Royal Albert Hall and “put music in the right setting for that music”, including in a multi-storey car park in Peckham. This year, they’ll be going to Wilton’s Music Hall. As he told BBC Front Row’s Kirsty Lang last night, the Proms will be going to “the amazing Wilton’s Music Hall” with Peter Maxwell Davies’ Eight Songs for a Mad King. “It will be very special, I think, to see that piece in that setting,” he said. Listen to the interview:

We’re ahead of you, David. Grand Union chose Wilton’s as the venue for Song of Contagion precisely because it resonates so completely with much of our material. It’s close to the site of the 1866 cholera outbreak, described in our opening song, and celebrated in a walk before the show on Saturday June 17th. It’s close to the great sugar warehouses of Tate & Lyle and the other colonial giants that began to dribble ill-health into our diets in earnest in the late 18th century. “A little of what you fancy does you good” — a classic Victorian music hall song that surely once graced the stage at Wilton’s, will feature in our song about corporate lobbying and coronary heart disease.

Wilton’s Music Hall is indeed amazing; rattle it just a bit and you’ll shake out much that is core to the history of Britain and it’s colonies. We’ll certainly be rattling it in June (book here to join us.) But we’ll leave some ghosts for Prom goers to discover, too.